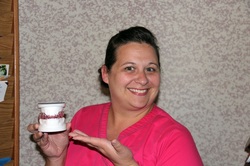 In this day and age the health issue known as Sleep Apnea has become a common occurrence. According to the Mayo Clinic’s website it is “…a potentially serious sleep disorder in which breathing repeatedly stops and starts. You may have sleep apnea if you snore loudly and you feel tired even after a full night’s sleep.

“There are two main types of sleep apnea: Obstructive sleep apnea, the more common form that occurs when throat muscles relax, and Central sleep apnea, which occurs when your brain doesn’t send proper signals to the muscles that control breathing.”

At one time, if a person thought they might have sleep apnea, they consulted a physician to seek treatment. But times and mindsets have changed as the disorder has now fallen into the field of dentistry.

“I was just reading the latest study that people with sleep apnea have a 500 percent greater risk of developing tumors.” Dr. Diane Marosy, DDS, FAGD of Dallas Avenue Dental Care, Inc. said. “This isn’t 5 percent, but 500, anywhere in the body because these tissues get oxygen starved. They say that cancer can’t survive in an oxygen-rich environment. It looks for areas that are oxygen deprived. You get people with sleep apnea and every tissue and organ in their body is sleep deprived and oxygen deprived when they stop breathing. You’re talking about some people having anywhere from 10 to over 100 episodes per minute. You don’t even get a full breath in there and you stop breathing again. So their whole body is screaming for oxygen and they’re not getting it.

“People complain they can’t sleep through the entire night and they have to get up three or four times to use the bathroom. It’s because they’ve stopped breathing and their whole body is screaming 'Give me air!’ and that puts pressure on the bladder (and the remainder of the body). That’s just one of the symptoms.

“If they have severe sleep apnea and they’re anywhere up over 100, or anything over 30 (episodes), they need a CPAP, but there are a lot of people who are mild to moderate who are still being prescribed a CPAP and they’re actually better served by a dental device. The American Academy of Sleep Medicine has come out and said that.”

“56 percent of the population snores at least three times per week. Of that 56 percent, 90 percent have some form of sleep apnea; that’s huge. 50 percent of people with sleep apnea are obese. With the obesity problem in this country increasing we’re going to see even more sleep apnea.

“The problem is treatment to date has been a CPAP. It forces that oxygen in. Of the patients that are prescribed a CPAP, anywhere between forty and 60 percent will not wear it. Or, if they have any form of claustrophobia, they can’t do it. Some people just can’t handle it. They need so much pressure and it blasts their eyes. They can’t handle shooting that oxygen at their eyeballs all night.

"We’re trying to get a lot more into the treatment of sleep apnea because there are not any dentists that I’m aware of anywhere close by that deal with sleep apnea. That’s why I brought Felicia in. She’s been to these sleep apnea seminars with me. We’ve had such fantastic results with the devices we’ve done. She’s actually got sleep apnea so we made her an appliance. She was my first guinea pig three years ago.”


“The first woman I helped shortly after Felicia,” Dr. Marosy said, “couldn’t sleep more than three hours at a time when she first came to me. She came in the day after we delivered (her device) and she got eight hours of sleep. The next day she came back and said, ‘Ten hours!’”


“The biggest thing for me impact-wise is the sleep apnea. We’re the only office that offers that [in the area]. We were at the health fair and a lot of the nurses that Felicia spoke with were saying, ‘We’ve been looking for someone that can take care of this for us.’ They didn’t know that we could do it and we had no way of getting it out there. I would never have expected that this would be something that dentists would deal with that would make such a big difference in people’s lives. That’s my favorite thing.


Dallas Avenue Dental Care checks patients with the help of the Epworth Sleepiness Scale, known as an ESS Test. If you have any of the listed symptoms, the ESS might be something for you.